Experiments at Woburn Experimental Farm, 40 km North of Rothamsted, began in 1876. In contrast to the silty clay loam at Rothamsted, which typically contains 20-40% clay, the soil at Woburn is principally a sandy loam containing about 8-14% clay. It is much more difficult to maintain or increase Soil Organic Matter (SOM) in this soil, and several long-term experiments at Woburn were established to study the effects of management on SOM and yield, including grass leys and applying organic amendments in arable rotations. 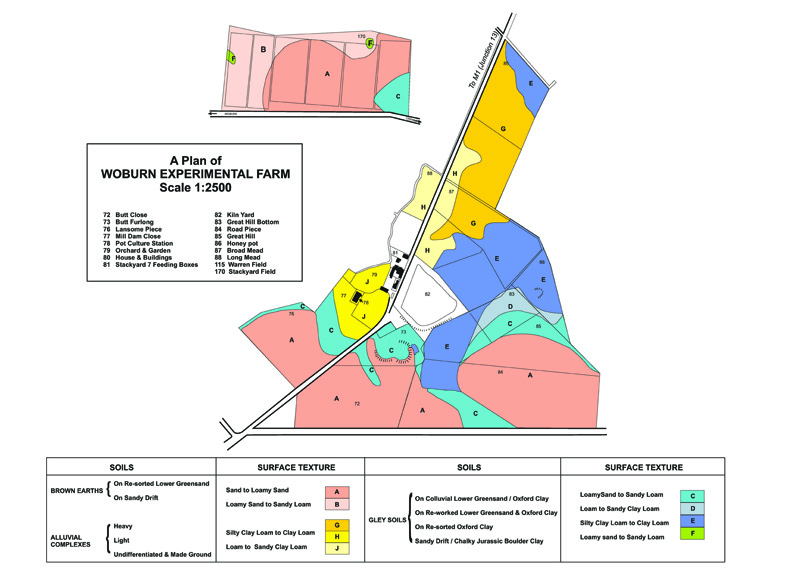 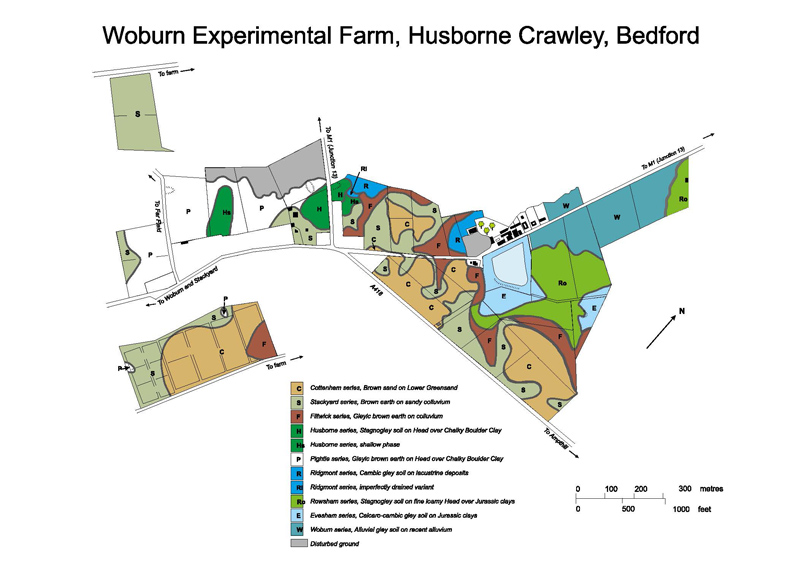 Experiments began at Woburn in 1876 under the auspices of the Royal Agricultural Society of England. The principle aim was to test the residual manurial value of two contrasting feedstuffs fed to animals in covered yards or on the land. Rothamsted took over the management of the farm in the 1920s.

Woburn Experimental Farm, despite the name, lies in the parish of Husborne Crawley and was previously known as Mill Farm due to its proximity to a watermill. Mill Farm was owned by the Duke of Bedford, who remains owner of the Experimental Farm.

The last reference to a mill in Husborne Crawley in any directory for Bedfordshire is in 1869 and on the 1st edition Ordnance Survey map of 1883 Mill Farm is shown but not the mill, suggesting that it was pulled down some time between these two dates, which was probably when today's Mill Farm house (a mid 19th century Bedford Estate structure) was built. Bedfordshire and Luton Archives and Records Service has a booklet on the history of the experimental farm written for its centenary in 1977 by A. E. Johnston. John Bennet Lawes (1814-1900) set up the Rothamsted Experimental Station at Harpenden [Hertfordshire] in 1843. Hastings, 9th Duke of Bedford was vice-president of the Royal Agricultural Society of England. He was interested in agricultural experimentation and offered a farm on the Woburn Estate on which to conduct experiments on the value of different types of animal manure on different types of soil. The Chemical Committee of the Royal Agricultural Society accepted and asked Lawes and his co-worker John Christopher Augustus Voelcker (1822-1884) to set up suitable experiments.

Mill Farm was selected as the place to carry out the trials but no single field was big enough and so the Duke also leased Stackyard Field from his tenant at Birchmore Farm, a mile away and on the west side of the road from Husborne Crawley to Woburn. When the tenant died Stackyard Field was added to Mill Farm and it remains part of the Experimental Farm to the present day [2021].

The Royal Agricultural Society became tenants of Stackyard Field and Mill Farm at Michaelmas 1876. The farm then comprised 67 acres of arable and 23 acres of grass; Stackyard Field was 26 acres. In Michaelmas 1879 Warren Field of 14 acres was added to Mill Farm. New feeding boxes for cattle were built at the farm at the Duke's expense in 1876 or 1877 and demolished in the early 1970s to make way for a potato store. The Duke of Bedford supported the Experimental Farm with money whenever it was needed and his successors George, the 10th Duke and Herbrand, the 11th Duke â the farm cost the successive dukes about £600 between 1876 and 1912, not an inconsiderable sum in those days. Lawes and Voelcker decided to take advantage of the light, sandy soils at Husborne Crawley in order to carry out experiments on the continuous growing of winter wheat and spring barley crops as well as their experiments with manure. They had already achieved the feat of continuous growing of crops on the heavy clay soil at Rothamsted. The first crops were harvested in 1877, the same year in which the manure experiments began. Lawes quickly became disenchanted with Husborne Crawley due to interference by the Royal Agricultural Society's Chemical Committee, now renamed the Woburn Committee and Voelcker carried on the work until his death in 1884 when he was succeeded by his son J. Augustus Voelcker (1854-1937).

In 1897 a laboratory was built at Husborne Crawley in which to test samples. This was made possible by a bequest of £10,000 by E. H. Hills, a member of a firm of chemical manufacturers which made artificial manure. This interesting building remains though it is now disused. The Development Act 1909 established a permanent Development Commission. One of its tasks was to increase productivity of land and one of its commissioners was the Director of Rothamsted. The Royal Agricultural Society thus received £2,900,000 per annum until 1915 and as a result the 11th Duke decided that he could withdraw his financial support from the Experimental Farm and a grant of £500 per annum was secured from 1912 onwards. In 1915 there was a long debate about whether to terminate the experiments but the idea was rejected.

By 1917 German U-boats were sinking alarming quantities of allied shipping, so much so that it was feared that Britain would be starved into submission. As a panic measure War Agricultural Executive Committees in each county were told to order quantities of ancient pasture to be ploughed up and used for arable crops. This alienated local farmers who feared that they would make a loss because the crops grown would be likely to be less than on proper arable land and, meanwhile, they would loose valuable grazing for their cattle or sheep. The Royal Agricultural Society was ordered to plough up 14.5 acres at Husborne Crawley including Great Hill Bottom [WW1/AC/OP2/111]. After cropping the society put in a claim for loss but this was unsuccessful as the profit made on one field was greater than the loss made on the other. In the end the introduction of the convoy system greatly decreased the effectiveness of the German submarines and the emergency measures were discontinued.

At Michaelmas 1921 the Royal Agricultural Society terminated its tenancy of Mill Farm in order to save money. Voelcker, however, wished to continue his work at Husborne Crawley and arranged to become the tenant in October 1921. Live and dead stock at the farm were sold and realised £635 [SF75/25]. The £500 grant to the Experimental Farm from government continued provided that some body succeeded the Royal Agricultural Society in a supervisory role. The obvious choice was the new governing body for Rothamsted, the Lawes Agricultural Trust. Voelcker gave up the tenancy of the farm in October 1926, he had spent around £2,000 in maintaining his work; the Trust became the new tenants. Voelcker continued to be Honorary Local Director until 1936.

The Rating and Valuation Act 1925 specified that every building and piece of land in the country was to be assessed to determine its rateable value. The valuer visited the Experimental Farm [DV1/H5/12] on 12th November 1926, just after the Lawes Agricultural Trust had taken over the tenancy. It paid rent of £160/10/- to the Duke of Bedford, set in 1921, the pre-war rent having been £120. The valuer calculated the area of the farm as 131 acres. Water was laid on but there was no electricity, lighting being by lamps. Sanitation was to a cesspool. The valuer noted: "Saw Mr. A. W. Greenhill of Lawes Agricultural Trust. Tenant's manager is Atkinson of Heather Lea, Woburn Sands This farm is an experimental test farm probably run at considerable loss". The farmhouse comprised two living rooms, a kitchen, an office, a pantry and two cellars under the ground floor. Four bedrooms stood on the first floor, along with a boxroom, a bathroom, a W. C., a coal shed and a wood barn.

South Block A: a large store room; an experimental drying room; a specimen room; a brick, wood and slate garage and a granary with a loft over;

Separate Block B: a laboratory, an office and storeroom; a pot culture station; a glasshouse and a cage. Water was laid on;

The valuer commented: "Buildings in good order. Farm runs as Experimental Station probably at considerable loss: is rather a show place and calls itself "The Woburn Agricultural Test Farm".

On J. Augustus Voelcker's retirement as Honorary Local Director in 1936 Harold Hart Mann (1872-1961) took over supervision of the field experiments and laboratory work and Tom W. Barnes (1901-1974) was appointed as chemist in 1928. Mann took sole charge of the farm in 1936. He retired in 1956 and was replaced by C. A. Thorold until 1968 when he retired. The Dairy Farm of 17.5 hectares was transferred to the Experimental farm by the Bedford Estate in 1962 as, were two more fields: Horsepool Lane Close of just over eight acres in 1971 and Far Field of about nine acres in 1972.

Past Managers and Directors: Directories for Bedfordshire, which were not published annually but every few years, give the names of the occupiers of the various officers responsible for the Experimental Farmfrom 1885 to 1940 and the following names are taken from these directories. The dates are those of the first and last appearance of a name, not the full span of dates of employment: 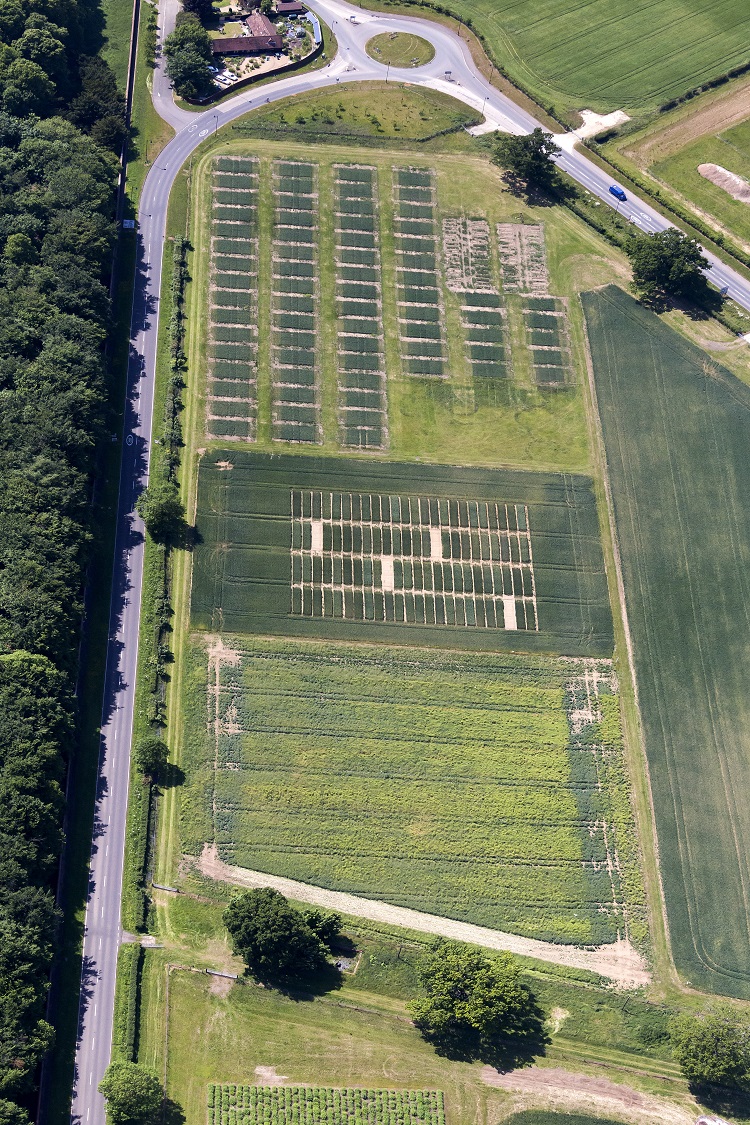 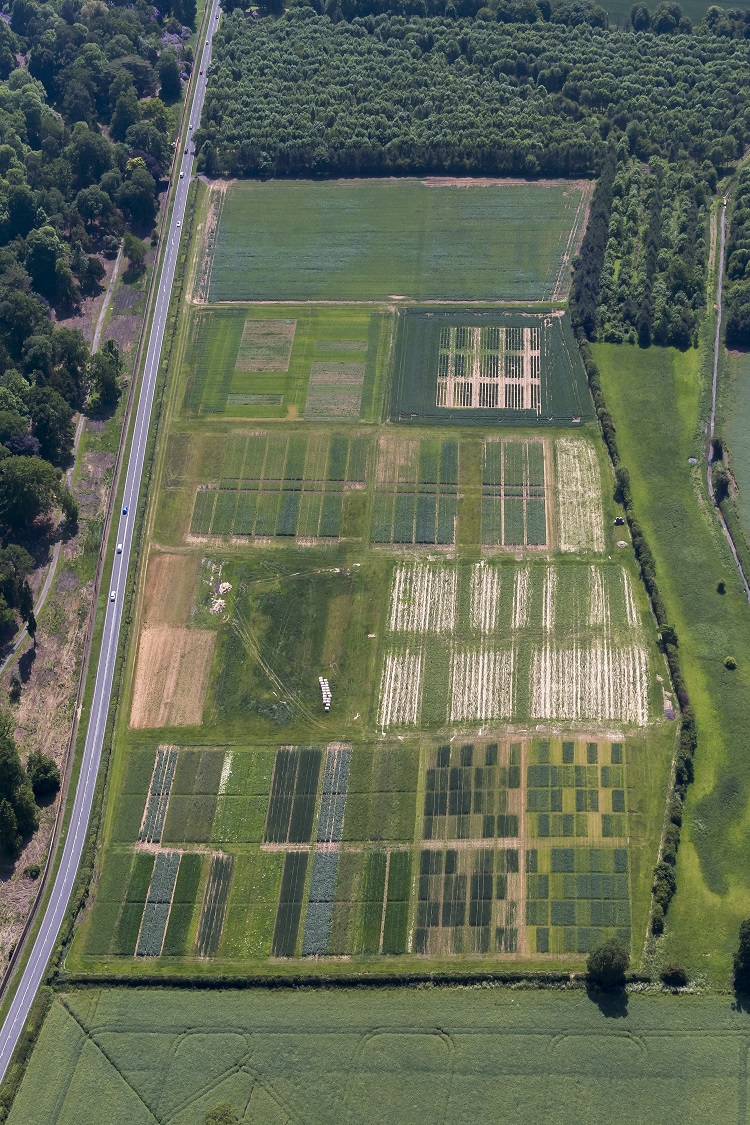 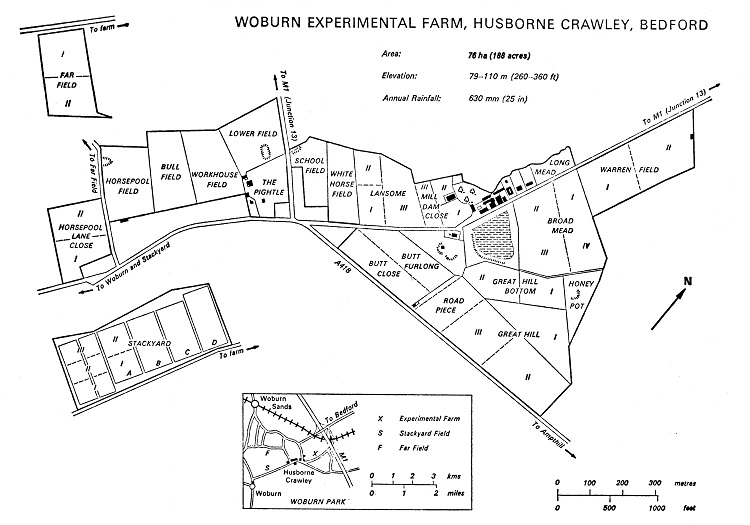 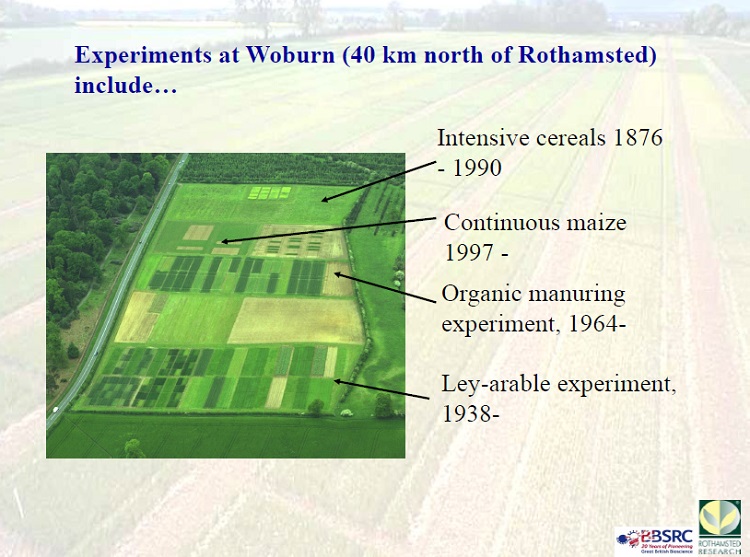 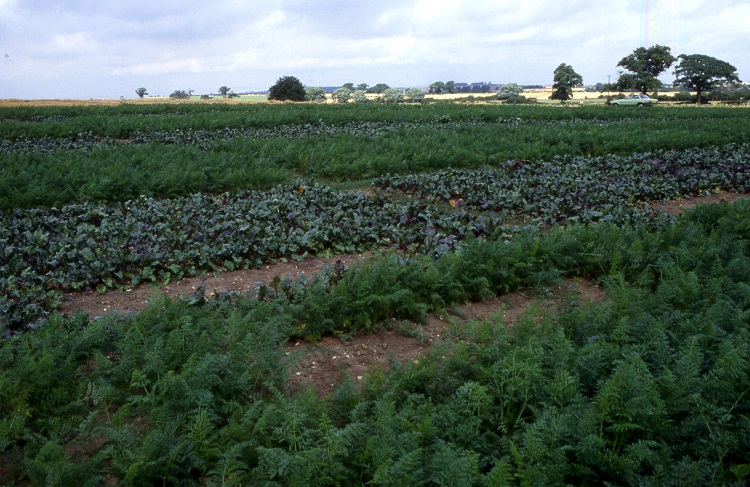 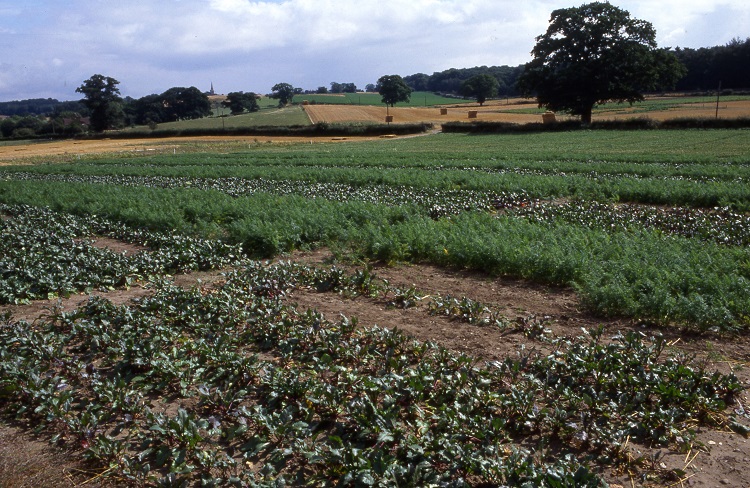 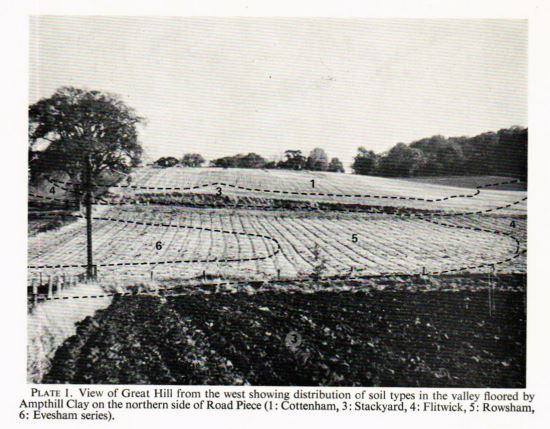 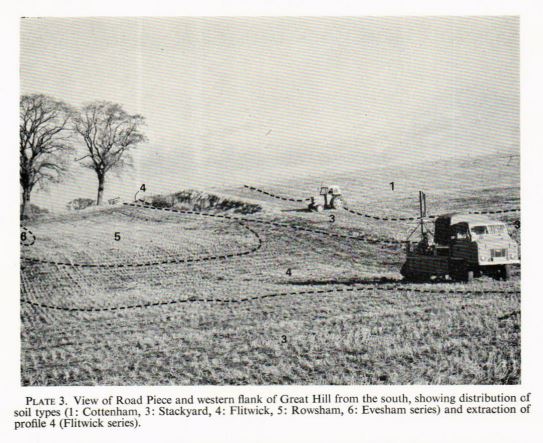 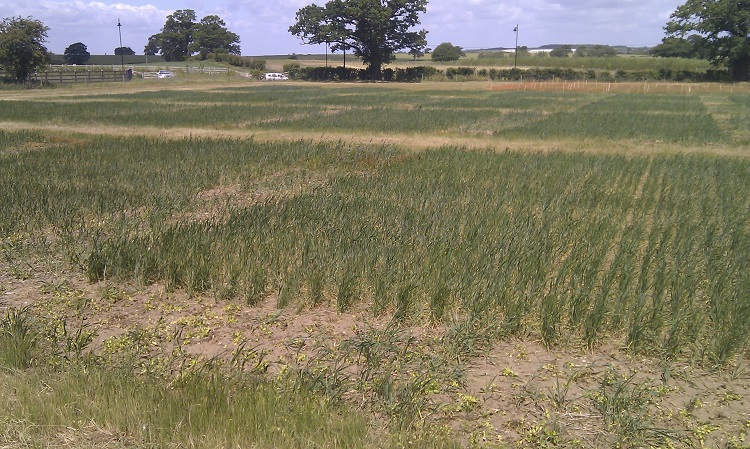