Broom's Barn Experimental Station is near Bury St Edmunds in Suffolk, Eastern England. It was built in 1962. Research for most of it's history has focussed on sugar beet, in conjunction with the British Sugar Corporation. Most of the experiments were annual, but there have been a few long-term experiments. However, little data is in an accessible form. There is also an associated meteorological station. It is now one of the two sites of the new long-term rotation experiment, the other being at Rothamsted, Harpenden.

Brooms Barn Research Station is in Suffolk, East Anglia. It complements the experimental arable farms Rothamsted has in Hertfordshire and Bedfordshire.

For information about the soil at Brooms Barn Farm, see Draycott et al (1976): 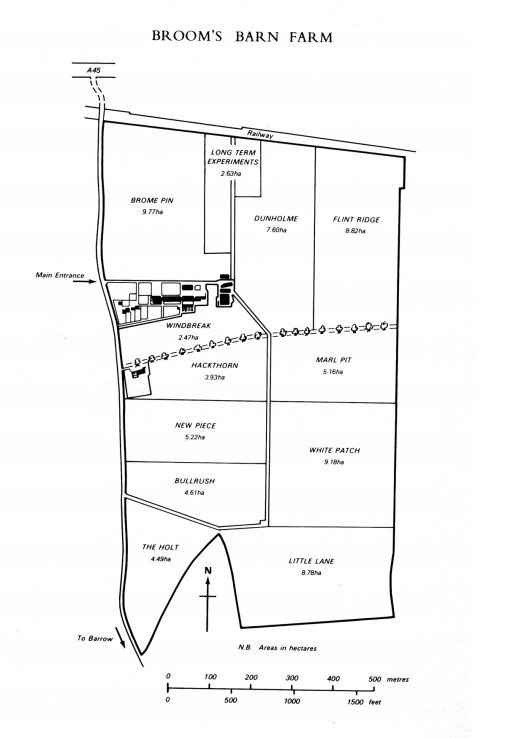 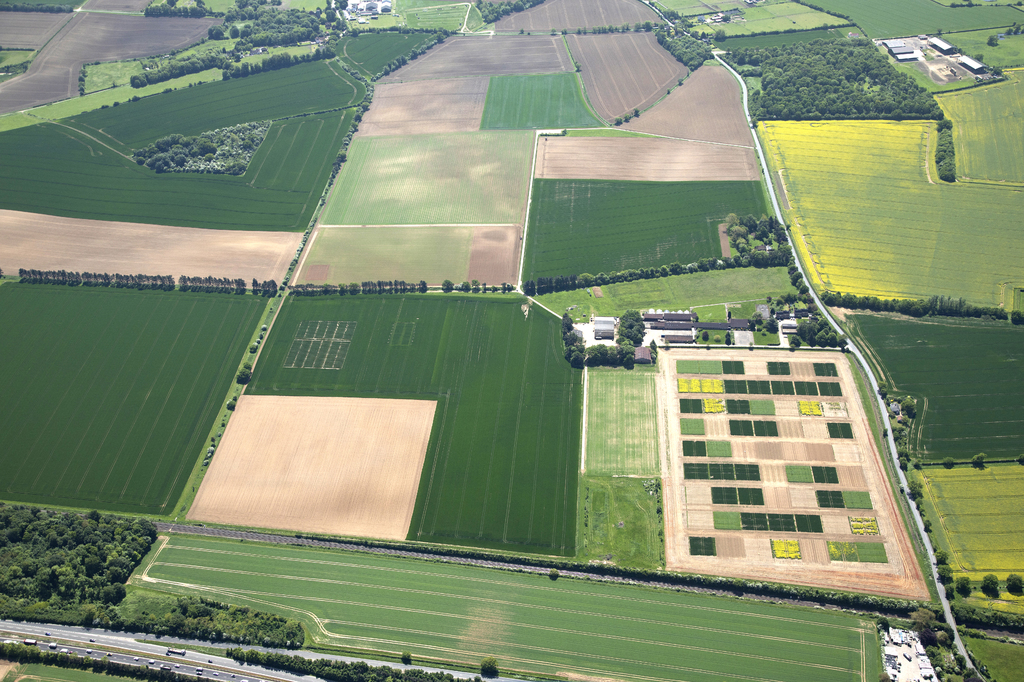 Broom's Barn was purchased in 1959. The offices and laboratories were purpose built. The official opening by the Rt. Hon. Sir Christopher Soames took place on 27 July 1962. The Station had moved to Suffolk from its temporary accommodation on a disused wartime airfield at Dunholme near Lincoln in order that good facilities could be provided for research into both the control of pests and diseases and the requirement for fertilizers for sugar-beet. For much of the period 1962-2012 it was funded by SBREC (the Sugar Beet Research and Education Committee) and its successor BBRO (the British Beet Research Organisation) with additional funds from MAFF (latterly Defra) and the industry. Subsequently, the sugar-beet research expanded considerably and research on site diversified into other crops, first with a major grant from ICI to study the growth of late-sown winter wheat crops in the early 1980s. The appointment of Bill Clark as Director in 2006 saw further and greater diversification of research with much industry funding. Since 1962, research at Broom's Barn was the spur to many major changes in production practices in the sugar-beet industry. In 2012 science staff left the site. There was a plan to create an Arable Farm Platform but as funding was not available there followed a short period of share farming the land with NIAB from 2014 onwards before Rothamsted took back complete control of the farm in 2017. 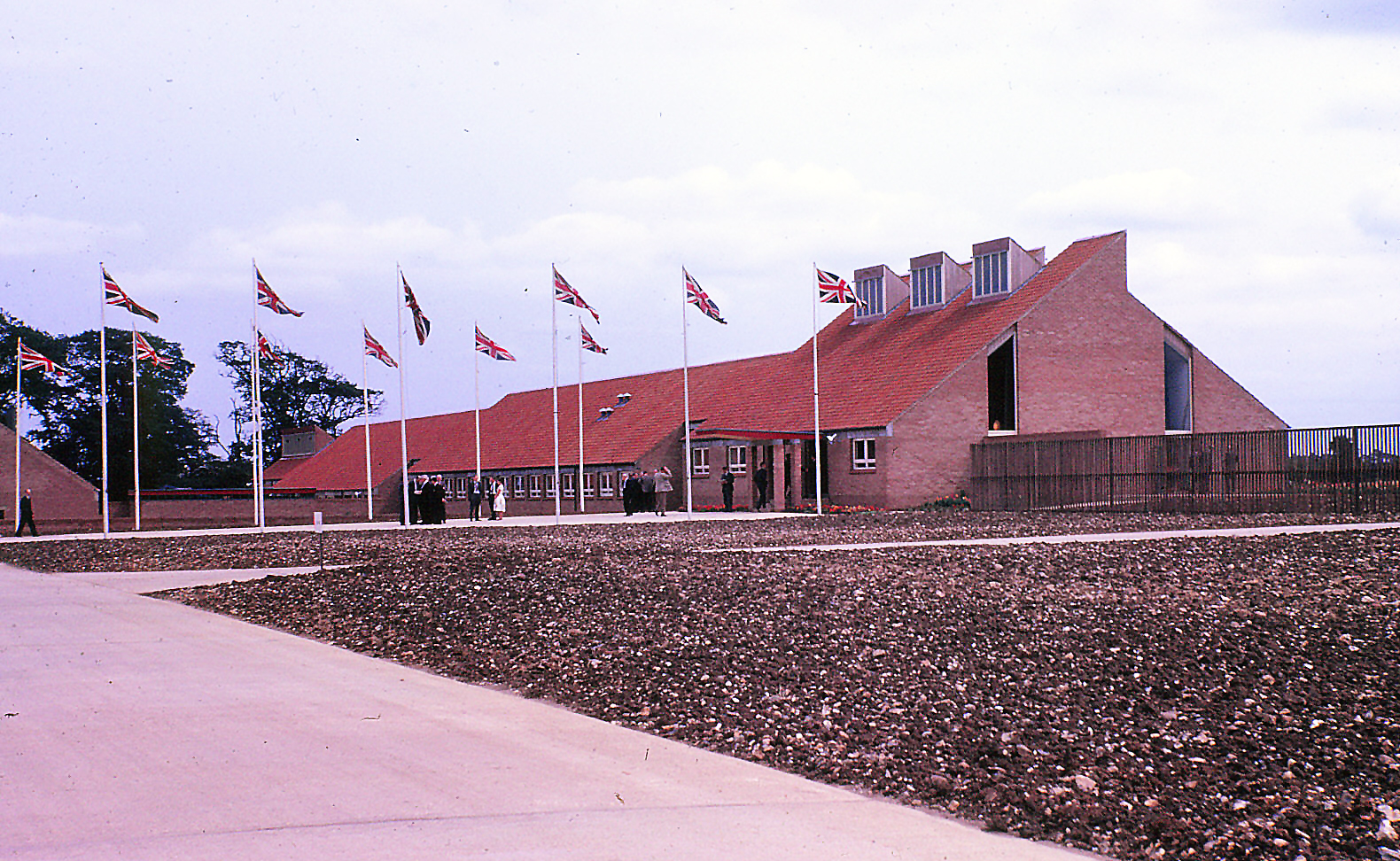 NONE: No reference matches these criteria