The Broadbalk experiment was started in 1843 to investigate the relative importance of different plant nutrients (N, P, K, Na, Mg) on grain yield of winter wheat. Weeds were controlled initially by hand hoeing and fallowing, but since 1964, herbicides have been applied to the whole experiment with the exception of Section 8. This is one of the few arable sites in the country where herbicides have never been applied. Weed surveys have been carried out annually in two phases, the first between 1933-1979 and the second from 1991-present day. There are earlier records too, with the first plot-by-plot surveys of weed species done in 1869 recording the presence of 23 species in stubble in September. Since then, approximately 130 weed species have been recorded on Broadbalk Section 8, but many of these only occur sporadically and about 30 of these are currently recorded annually (Species list 1869-2018). This site also provides an invaluable reserve for seven nationally rare or uncommon species including corn cleavers (Galium tricornutum), corn buttercup (Ranunculus arvensis), shepherd’s needle (Scandix pecten-veneris) and prickly poppy (Papaver argemone). This is now the only location in the UK where corn cleavers is known to occur naturally (see below). This resource and associated data enables various weed investigations including weed population ecology, studies on the effects of fallowing on the weed seed bank, seed dormancy and persistence, agroecology, and population dynamics of individual weed species. Recently, molecular approaches have been used to study the genetic diversity of weeds found on Section 8, this rare herbicide-free arable plot.

The current weed survey was started on Section 8 in 1991 and has continued annually ever since - although not on years when that section is in fallow i.e. 1994, 2001, 2008, 2015 & 2016. It was fallowed in 2015 and 2016 in order to reduce an infestation of Rumex obtusifolius in particular (see table below). Section 8 (called section VA 1958-1967) was created in 1968 when the experiment was divided into its present layout (Broadbalk plan today). The current assessment method records the presence of individual weed species in 25 random quadrats (0.1m2) per plot. Each year all 18 plots are surveyed meaning 450 quadrats are assessed per year, usually in June. Frequencies refer to the total number of quadrats in which a weed is recorded, the maximum being 25 per plot and 450 across all plots in the section. This method is more appropriate for detecting long-term trends in weed frequencies and population differences between plots than the earlier surveys (below) and provides a comprehensive set of 20 years of data for weed studies. 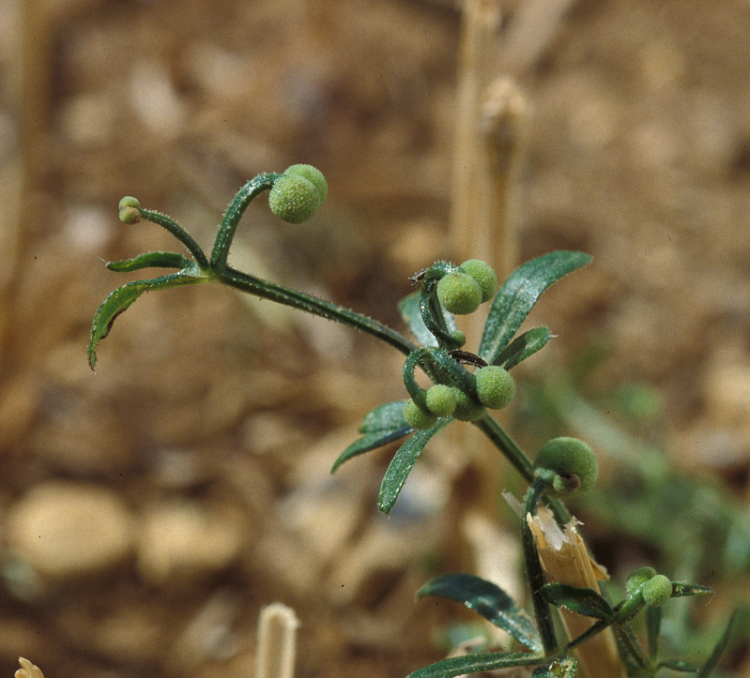 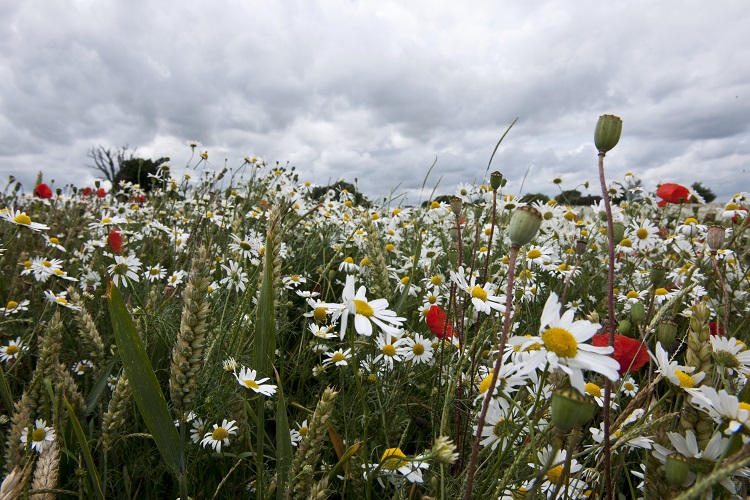 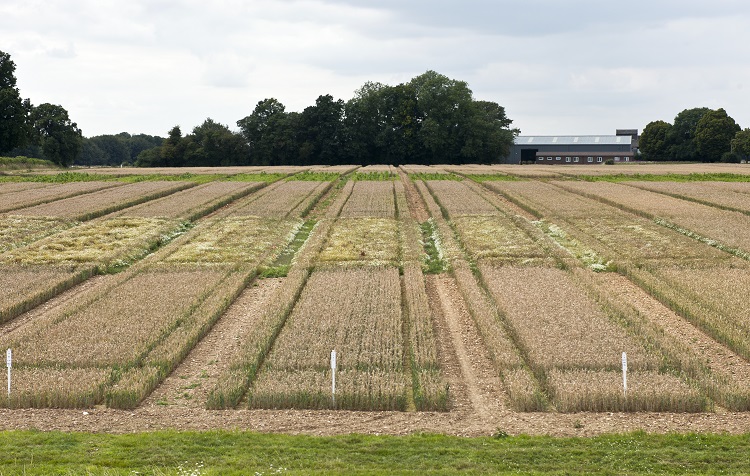 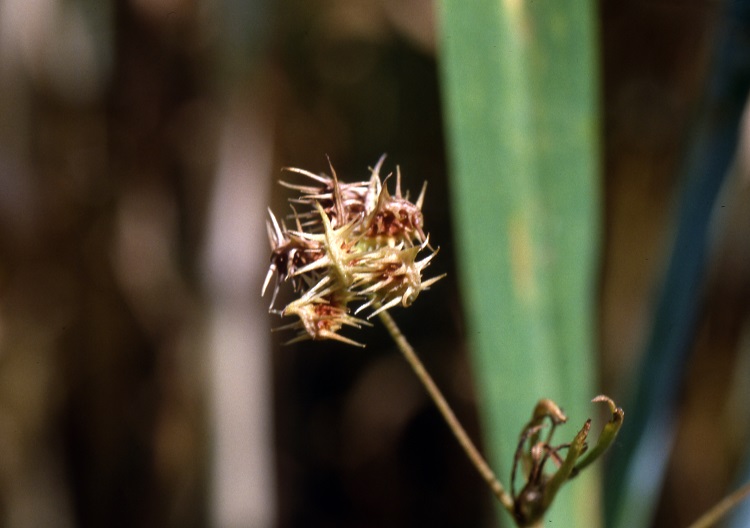 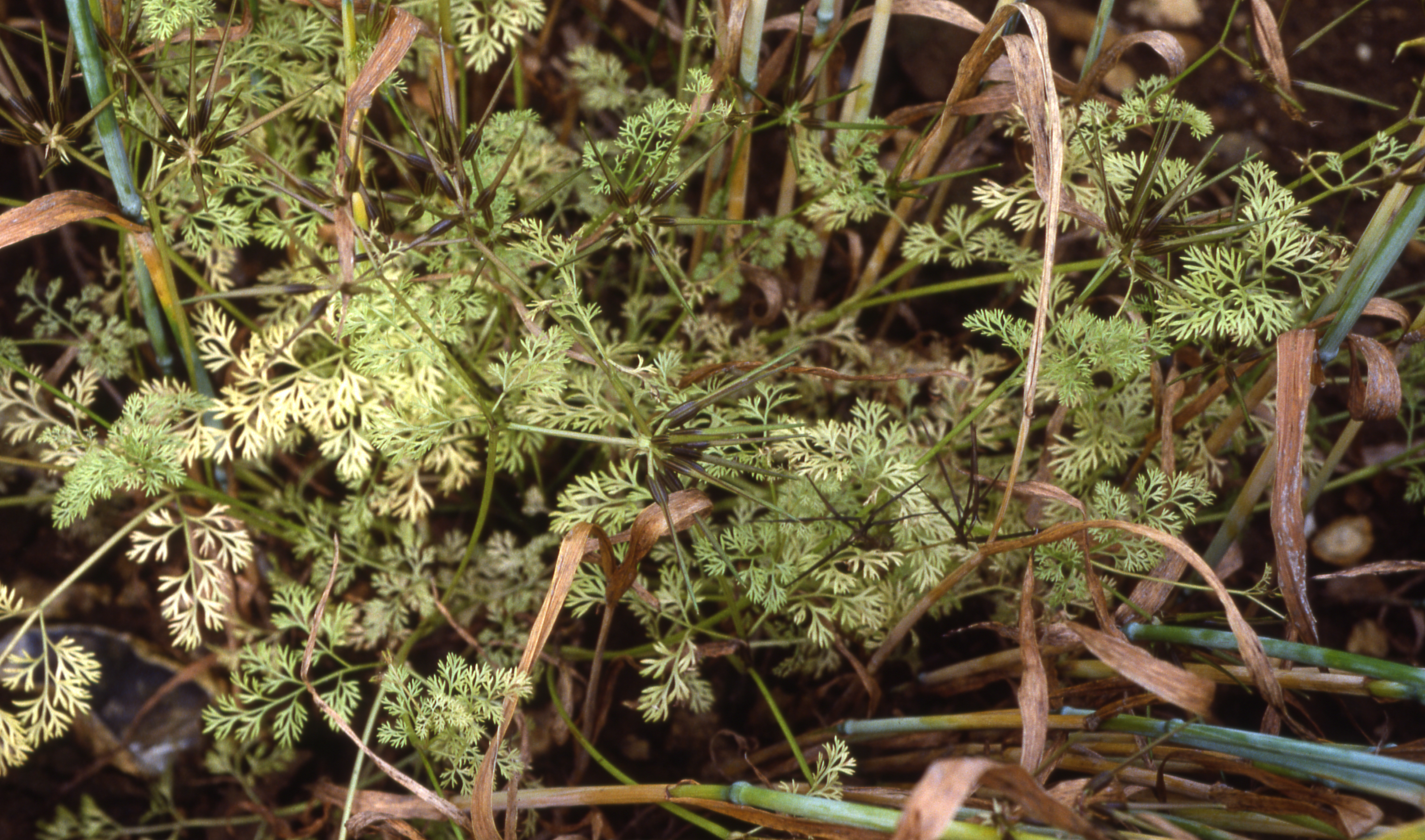 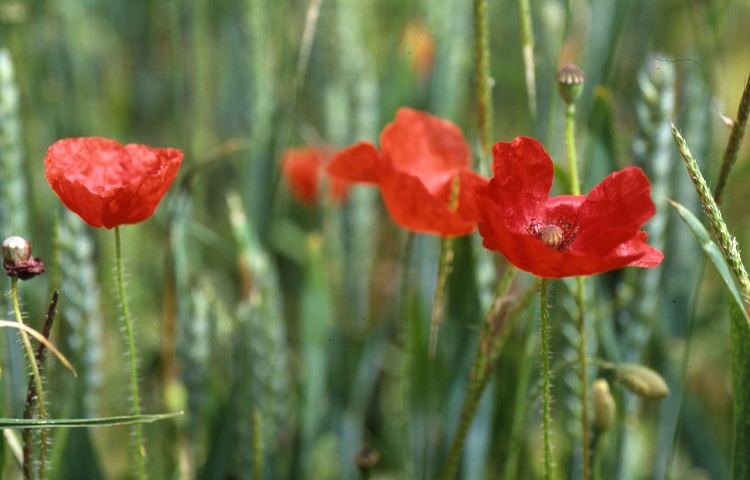 Data is presented in e-RA as the following datasets:

BKWEEDS_SUM: A summary of annual total frequencies for section 8 1991-present.

BKWEEDS_PLOT: Annual frequencies of each species per plot for section 8 1991-present.

There have been 53 species recorded in total since 1991 [species list 1991-2018] but on average there are 31 species found per year (with a maximum of 38 in 1993 & 1995 and a minimum of 26 in 2009) and there has been a gradual slight decline over the period. The long dataset allows general, overall trends to be observed and weed species are seen to differ greatly in their response to a given set of conditions, some declining, some increasing and others fluctuating - for example a decline in Papaver rhoeas between 1999 and 2003, and subsequent recovery (for which there is no obvious explanation). Of the species currently recorded annually ten species are locally common on many plots: Blackgrass (Alopecurus myosuroides), field poppy (Papaver rhoeas), common vetch (Vicia sativa), parsley-piert (Aphanes arvensis), scentless mayweed (Tripleurospermum inodorum), shepherd's needle (Scandix pectin-veneris), chickweed (Stellaria media), venus's looking glass (Legousia hybrida), creeping thistle (Cirsium arvense) and black medic (Medicago lupulina). A principal components analysis of the 1991-2002 survey data for 15 species showed clearly the influence of inorganic N fertiliser levels on the frequency of individual species. The frequency of one species (common chickweed (Stellaria media)) was greatly favoured by increasing amounts of nitrogen fertiliser from 0 to 288 kg N ha-1, others were strongly disadvantaged (e.g., black medic (Medicago lupulina) and horsetail (Equisetum arvense)), some were slightly disadvantaged (e.g., common vetch (Vicia sativa) and parsley-piert (Aphanes arvensis)), and some showed little response to differing N rates (e.g., blackgrass (A. myosuroides) and poppy (P. rhoeas)) (Moss et. al 2004).

Corn cleavers (Galium tricornutum) is one of the rarest plants in the UK and this occurence on Broadbalk is the last known site in the UK. Numbers have increased from under five individuals in the 1990's to over 450 in 2011 and this has been a consequence of our active management strategy.

The commonest species on Broadbalk: 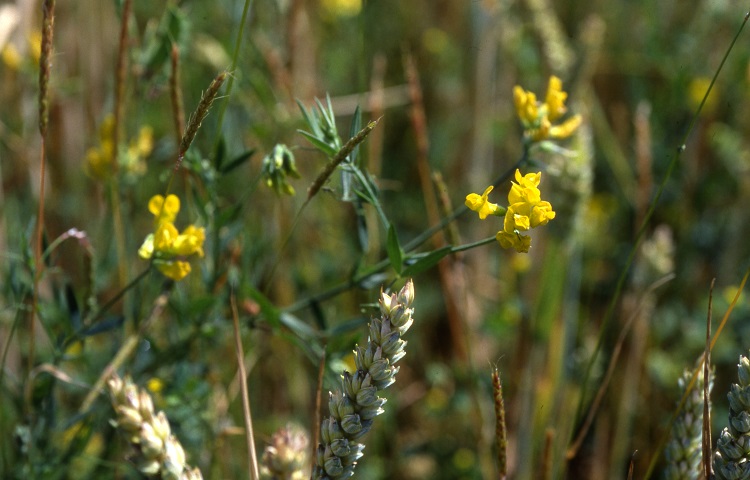 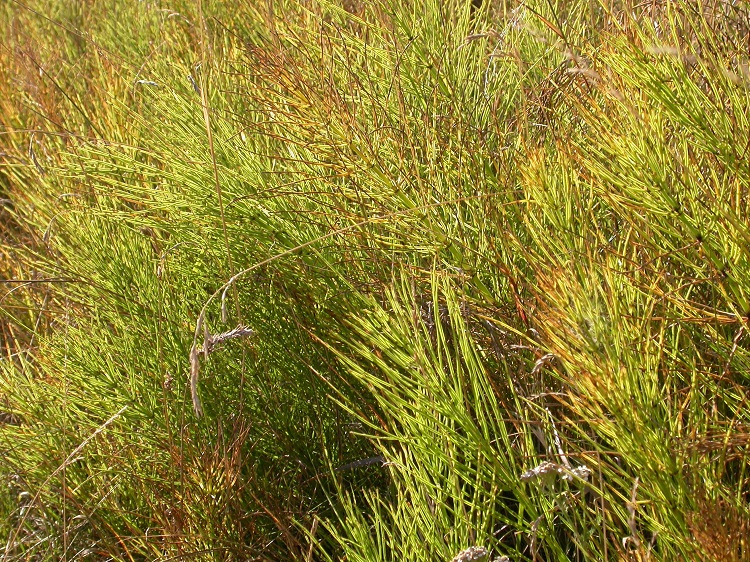 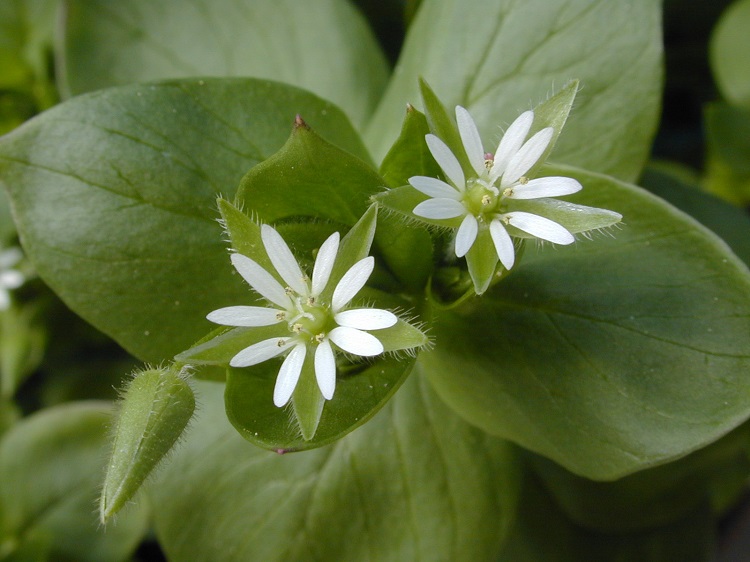 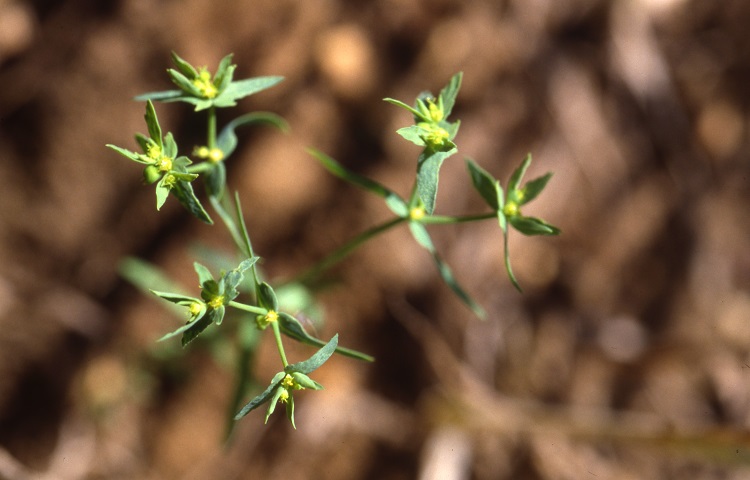 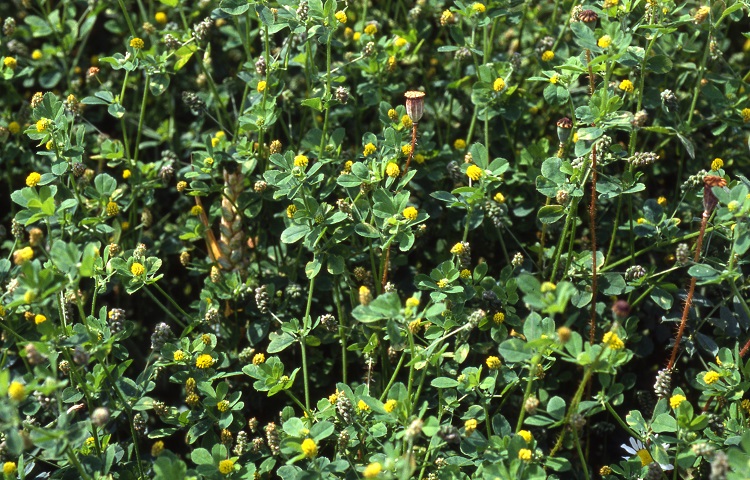 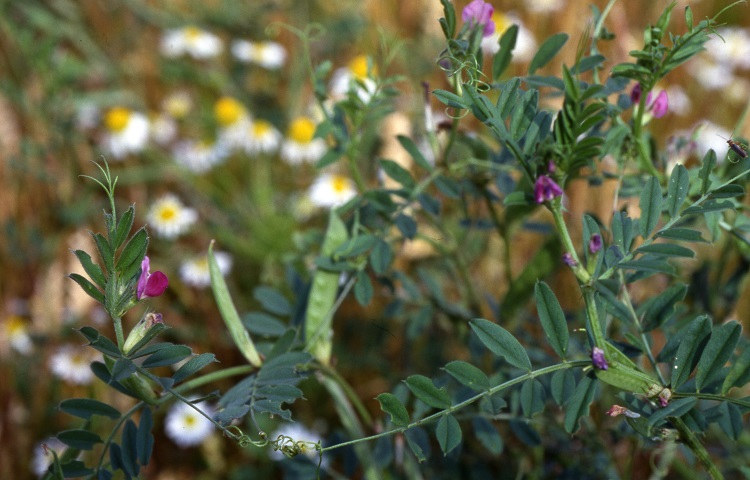 Annual surveys were conducted from 1933 to 1979. Originally, there were no sections on Broadbalk, just long strips the length of the whole field (Broadbalk plan 1852-1926). In 1926 the field was divided into 5 sections (I-V) (Broadbalk plan 1926). The whole field length was sampled for weeds as no herbicide weed control took place, just fallowing every five years. This gave all plot and section combinations (between 90 and 129 plots per year). After 1968, it was divided in to ten sections (Broadbalk plan 1996-2017) and again the whole field was surveyed each year - enabling comparison of weeds with and without herbicides.

This appears to be an excellent resource, however, it has not been widely used, principally because of the inconsistent frequency categories used. Neither were quadrats used, rather the assessor walked in a zig-zag pattern along the plot noting all weeds within 45cm of the plot boundary. Consequently there is a limitation on the interpretation of the data for ecological studies. The codes used to indicate species presence and abundance (termed STATE in the database) include the following:

The following datasets are available:

BBKWEEDS_FAL for 1933-67 (FAL indicating fallow) - herbicides applied from 1964 to all sections except VA (which became section 8 in 1968). Data for all sections and all plots.

BBKWEEDS_ROT for 1968-79 (ROT indicating rotation with other crops, though not on section 8 which is rotated only with fallow): - herbicides applied throughout to all sections except 8. Data for all sections and all plots.

During these years, surveys were conducted twice yearly, usually in May and August (sometimes as early as April or as late as September). Supplementary surveys were done for special purposes such as for blackgrass which is not obvious in the early season surveys and become more obvious in the summer when flowering. It is recommended that you extract both STATE and SPEC_REMARK since the presence of a species may be indicated by a remark such as 'patch' even though there is no code for the state. In view of the large number of null values it is probably best to tick the checkbox for STATE and exclude 'null' and '-', meaning none. In these datasets, dates are termed START DAY rather than year, as there are two surveys each year.

Originally, there were no sections on Broadbalk, just long strips the length of the whole field (Broadbalk plan 1852-1926). The first plot-by-plot list of weed species was done in 1869 and recorded the presence of 25 species in stubble in September [species list 1869] (Thurston, 1969). Hand weeding and hoeing was practiced but due to the shortage of labour during the 1914-18 war the field became very weedy. Between 1926-1929 the field was fallowed to eliminate weeds, three out of five sections fallowed for 2 years running (Broadbalk plan 1926-1966). From 1931 a regular cycle of fallowing 1 year in five was introduced and the effect of fallow on weed seeds was studied (Brenchley & Warington 1930). Routine plot-by-plot surveys were started in 1930 and made twice yearly; first in May after spring germinating weeds are large enough to identify without trampling the crop and secondly, after the crop is cut and harvested which showed late germinating species.

The review paper by Moss et al. (2004) provides the most recent summary of weed studies on Broadbalk. The Thurston (1969) report provides additional information on the earlier surveys. References in both papers provide comprehensive coverage of other studies. For more details, refer to the Rothamsted Guide to the Classical Experiments 2018 pages 15-16 or contact the e-RA Curators.

Acknowledgements: With thanks to Stephen Moss, Jon Storkey, Richard Hull and Graham Shephard (VCU) for help with compiling images and data.

Notes on species: These include records of volunteer plants such as potatoes and both names for species names which have changed.

List of Latin and common names of species in current Broadbalk Survey. 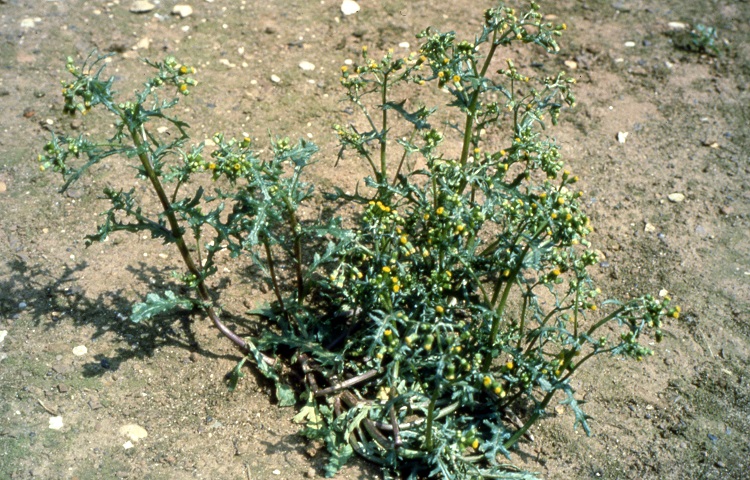 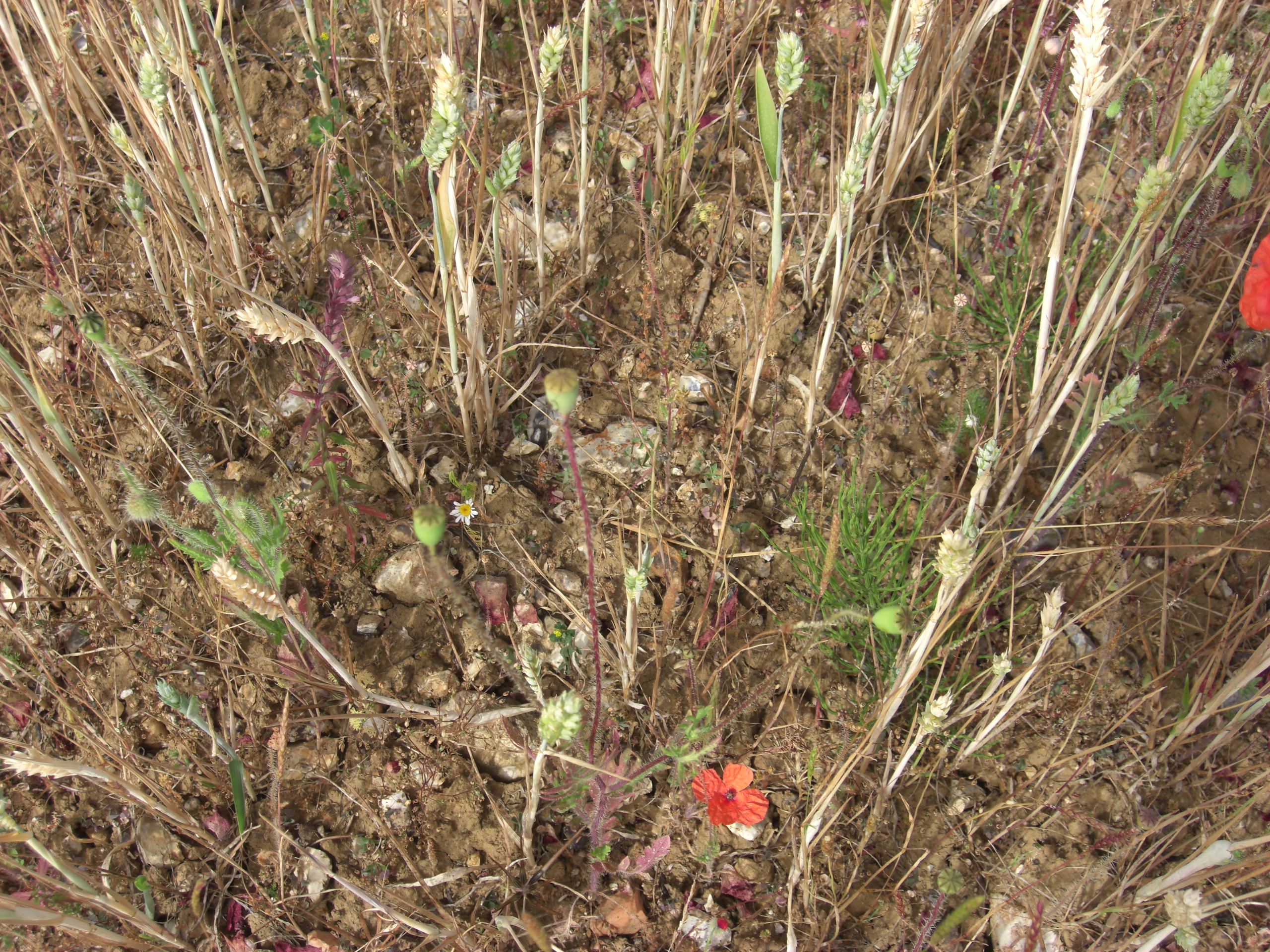 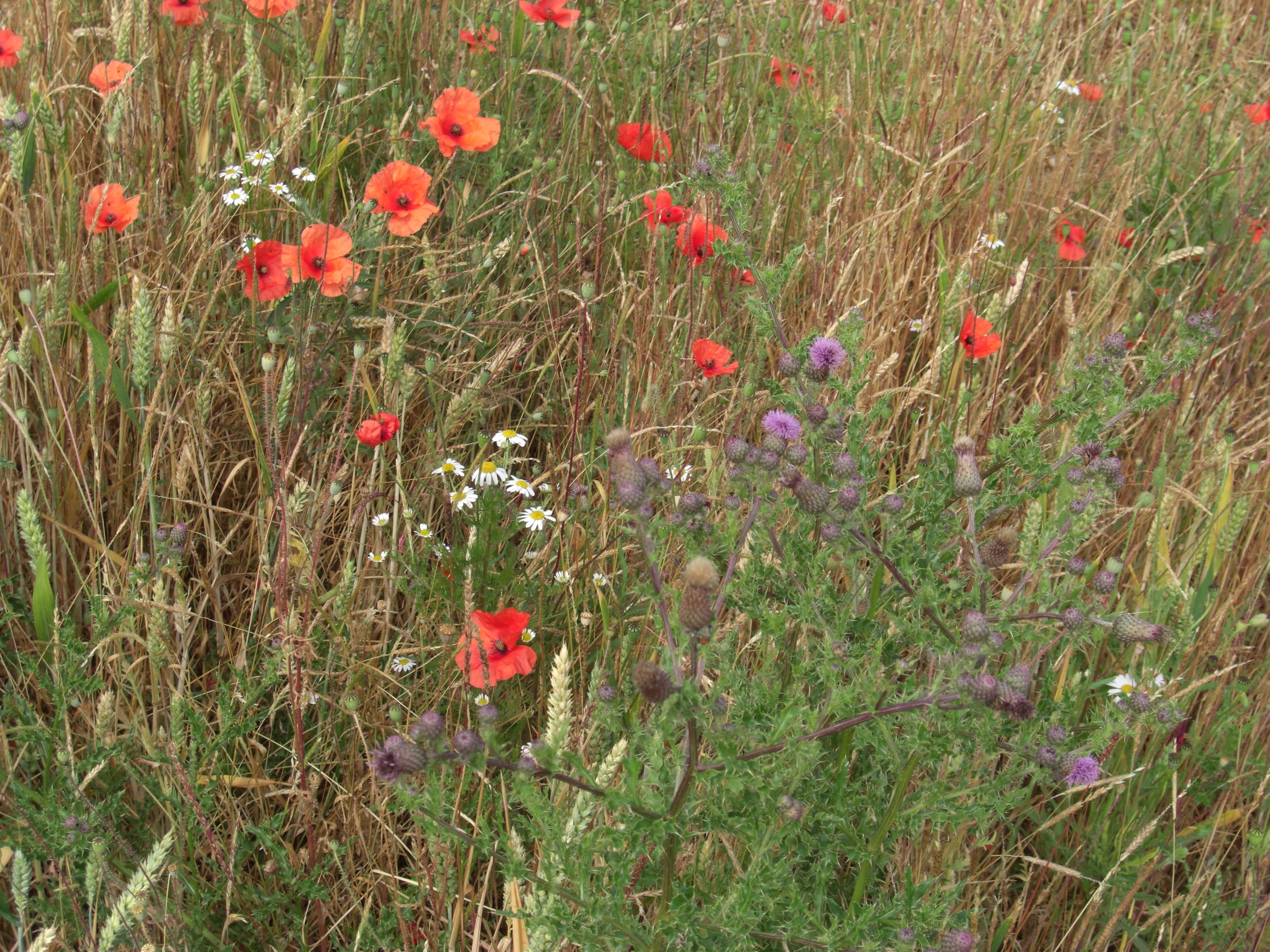